Ok, first of all let me apologise PROFUSELY for skipping my Wednesday blog this week. Time honestly escaped me; I was snowed under with uni deadlines, work, plus a trip to Paris and it completely slipped my mind!

Let me make it up to you though – below is a lift of 5 Young Adult books which have been made into movies and whether I preferred the paperback or big screen. BE WARNED – It could get controversial!

I LOVED these books growing up – hilarious, jam-packed and relatable, the cute cover design and protagonist’s name (Georgia!) meant that Rennison’s works really left an imprint on me. And, although the film is funny and very well done, this one’s easy for me: book all the way.

In this instance, I was not a huge fan of either the book or film. Emotional, sure – funny, at points, typical teenage-awkwardness – lots of it. But, I dunno; I didn’t connect with it in the way I have with others. The film especially I found quite slow-going, so I’m going to have to go with book.

God, this is a tricky one! I utterly love the whole concept of A Monster Calls. The way tragedy and fantasy are entwined, both on page and screen, is simply beautiful. However, I think due to the pure magic of the characterisation and emotion, the film version wins for me. 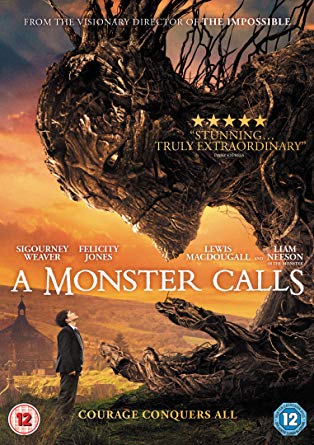 Another very difficult decision. There’s something so intimate about the narration of the book, though Logan Lerman does capture this perfectly in the movie. Sad yet hopeful, this really is one of the staple YA stories, in either book or film. I can’t deny my connection with the novel itself though – the book just pips the win.

For this one, I’d like to make it clear I am only focusing on the FIRST book and FIRST film in this series. (I have very different opinions for the others!) I was so enthralled by the plot of this book originally, that I ended up overlooking the aspects I wasn’t so keen on; another read or two made them very clear, though. The film however, I think is brilliantly done and a very exciting watch.

So, there you have it. Do you have any films you secretly prefer to the book version, or vice-versa? Let me know!